by: Edward Gorman, GROWTH by NCRC

Homeownership is the cornerstone of the American Dream. Even in today’s America with shifting ideologies, changing demographics, the “sharing” economy, and evolving technology, it remains the only reliable way for working-class Americans to build transgenerational wealth.

Unless, of course, you watched a recent 60 Minutes segment in which Gary Berman, President and CEO of the Wall Street-backed, buy-to-rent conglomerate Tricon Residential, suggested that millennials be given the chance to “rent” the American Dream. In his conversation with journalist Lesley Stahl, Berman stated, “…if we think the American Dream is embodied in a suburban home with a yard and a white picket fence… you can rent the American Dream.”

Berman also implies that growing up in the sharing economy has caused Millennials to shift their focus to lifestyle and away from homeownership. Yet, study after study demonstrates that Millennials actually prefer homeownership, but simply have more systemic barriers with which to contend than their Baby Boomer parents.

The 60 Minutes piece repeats a decade-old trope: Americans are satisfied being involuntary renters. However, the issue is and has been, a different “I” word — Inventory. We are six million homes short of where we should be to keep pace with family formation and the delayed entry of Millennials into the owned-home market. Investors, who initially performed a market-stabilizing role after the Great Recession, have continued gobbling up previously owned homes and creating rental factories at a clip higher than 30% of existing inventory in some markets (e.g., Atlanta). Worse yet, they have now announced grand plans to buy up as much “dirt” as possible to further metastasize their industry. Combine that impact with a building shortage and you have today’s market Frankenstein.

The Great Recession, not consumer choice, is the first cause of the madness in the marketplace. This is followed closely by unnecessary zoning and permitting impediments to affordable home building. The loss of builders and skilled laborers, with a 40% reduction in construction workers and builders from the Great Recession, has seriously limited our ability to respond. Also at issue is the lack of easy capital that flows to mega buyers like Tricon. The National Community Reinvestment Coalition (NCRC) Fund, which has a mission of acquiring or building homes for individual owners in working-class communities, along with other small and medium-sized builders cannot achieve scale without this kind of capital.

The new reality is NOT a matter of choice, and it is insulting to say otherwise. Ask a Millennial today how they will earn towards retirement and the frustrating answer will more likely be “crypto” over homeownership. But do we want this generation to just toss the dice on crypto as a gamble on their future security? Hence, involuntary renters with a greater interest in libertarian and populist views know the American Dream is eluding them precisely as the country turns majority minority in the coming decade.

Solution: build, baby, build…but create conditions for that to occur. HUD gets it, but their tools are limited. This is a fight at the local and state levels AND for banks fighting redlining and, more so, for Wall Street. The “access-to-capital” problem is winnable with interest from Wall Street, insurance companies and pension funds on the builder side, and banks and non-banks for mortgages for cash-strapped Millennials. But all the capital access on Earth does not tame the housing monster without the big “I.”

We need to think progressively about creating housing opportunities for everyday people in the average American community.

GROWTH, an initiative of NCRC, is one example of a pathway that has been created for affordable

ownership for low- and moderate-income families. While housing counseling and education, as well as workforce development, are core components of what we do, building or renovating sustainable, affordable, owned homes remains our priority.

But we need similar investments on a much bigger scale to combat this problem. Moreover, we need a shift in mindset, so that everyone is willing to fight for the American Dream of homeownership instead of succumbing to the notion that many should settle for renting it.

The contract that America once made with its middle class has been broken. It is up to all of us to rebuild it—literally. The chance to build personal and multi-generational wealth is what helped knit American society together and made us the envy of the world. People are more than willing to put in the time to work hard and contribute to their communities if they can also realize the tangible outcome of owning a home. Homeownership represents the path to building dreams and reinforcing families – concepts Americans have long held sacred.  And none of us should be forced to settle for just “renting” that.

Today, the average first-time buyer is single and aged between... 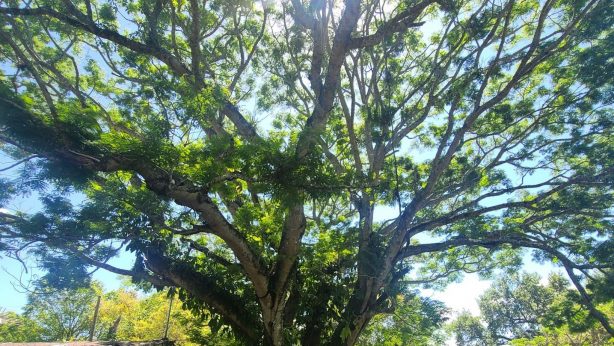 GROWTH Story: Why Our Life-Changing Mission is so Important to Me.

Our Story: Why Our Life-Changing Mission of Affordable Homeownership is...